Denbigh 7 (Dinbych Saith) was the telephone number of the North Wales Hospital. The buildings may now be crumbling, but this institution was pivotal to the health, economy, culture and society of the town, the county and indeed the whole of north Wales. The exhibition was commissioned by the National Eisteddfod of Wales, and was undertaken in collaboration with Eilir Jones, actor, writer and former nurse at the hospital.

Where to start when asked to respond to something as vast, as moving, as significant to so many as the North Wales Hospital? The task initially appeared impossible. There are undoubtedly many things to talk about – the hospital’s origins, in terms of both its physicality and in terms of it meeting a need; the patients; the ‘treatments’, for better or worse; the staff; the nature of the interaction between the hospital and the town; the closure and the state that it’s currently in. These are the easy and obvious things to talk about. But even so, what then? A lifetime could be spent researching each area, each patient, each story about each patient. And further lifetimes could be spent responding to each of those. An infinity of responses to an infinity of source material. After this glimpse down the bottomless pit, three things became clear:
1. We cannot be comprehensive
2. We need not be comprehensive
3. This is not a museum exhibition

Before the hospital was commissioned, Welsh-speakers with all manner of mental health issues were packed off to English-speaking institutions, where they were further marginalised as a result of the impassable language barrier. How to make art out of this?

Nurses were often recruited solely based on their musical skills. How to make art out of this?

Young women – no, girls – were hospitalised, institutionalised, for becoming pregnant out of wedlock. How to make art out of this?

A standard interview question for new staff was how to cook cabbage. How to make art out of this?

When patients died, surviving family members were given the option to claim the body and arrange burial. Patients that were not claimed, for whatever reason, were buried up to six deep in an unmarked section of the Ystrad Road cemetery. How to make art out of this?

A further subquestion to all these questions: how to do all this in a way that is thought-provoking, poignant, but above all, respectful?

Something that became obvious from the barest of research is that the hospital means something to most people in the area, and many from further afield. A staggering percentage of the population have some connection to the place; perhaps a relative was a patient there, perhaps they worked in the kitchens, perhaps they supplied television sets to the wards, or played against the hospital rugby team; perhaps they were in the audience of the TV programme Most Haunted, an insult to the memory of the staff and patients; perhaps they cheered as the hospital band marched past during the Top of the Town parade, perhaps they simply poked around the empty post-closure corridors and took photos of the peeling paint. 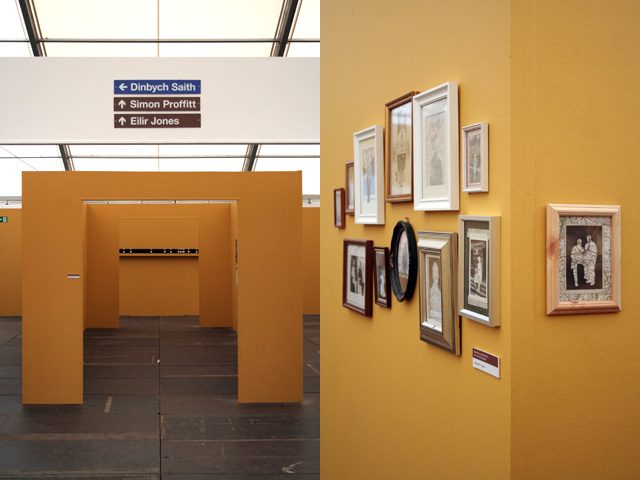 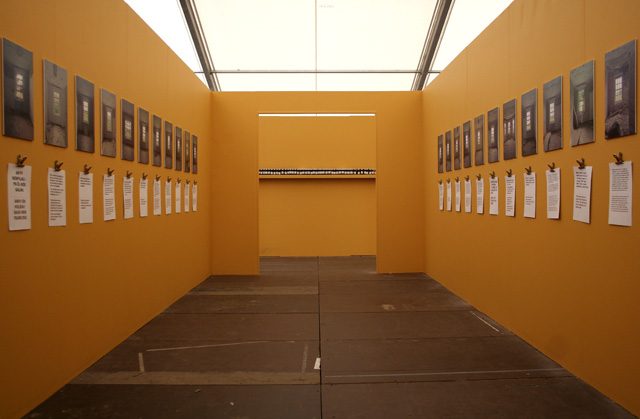 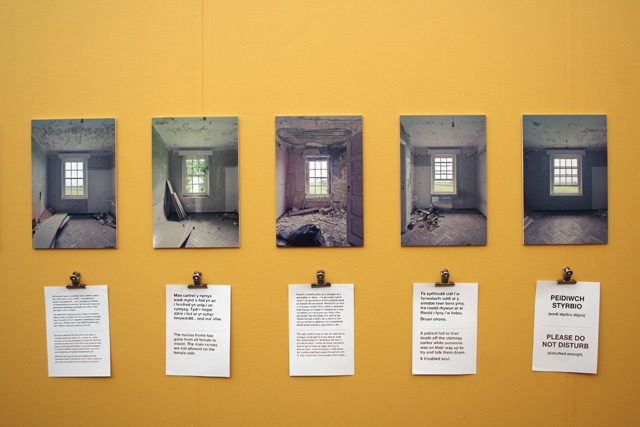 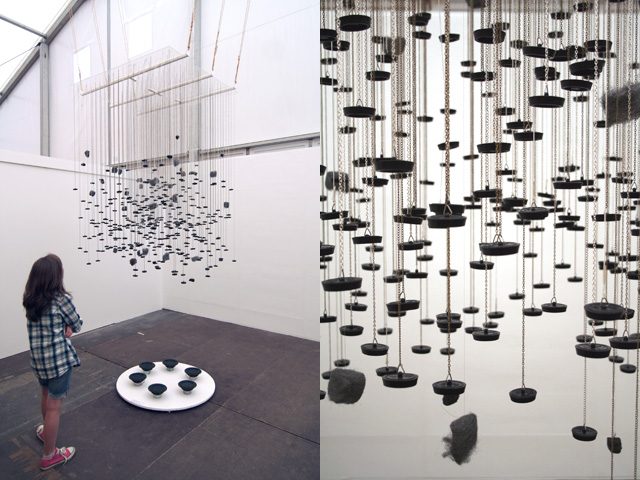 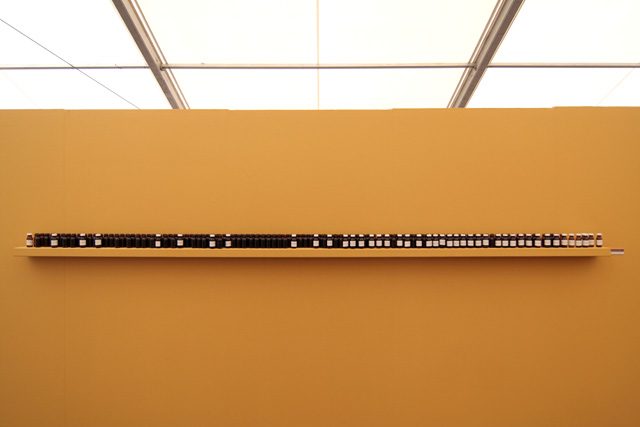 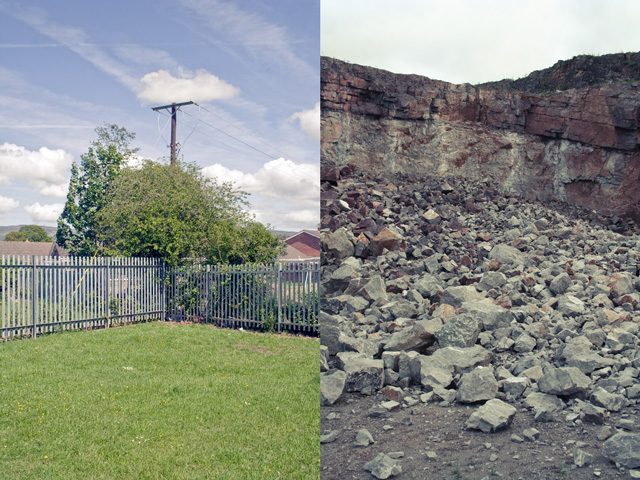 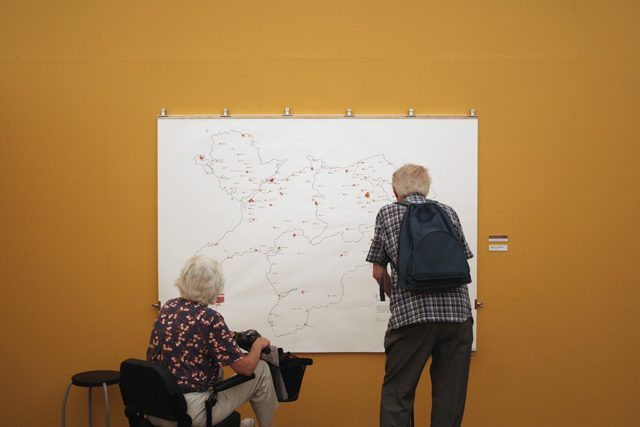 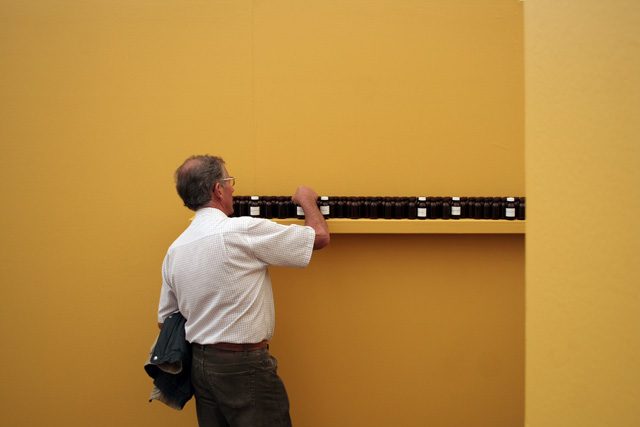 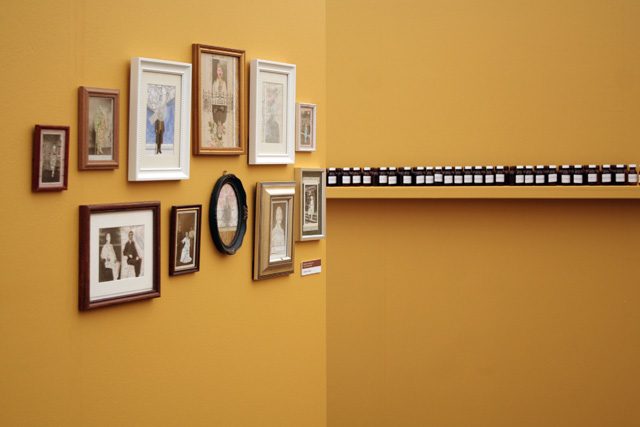 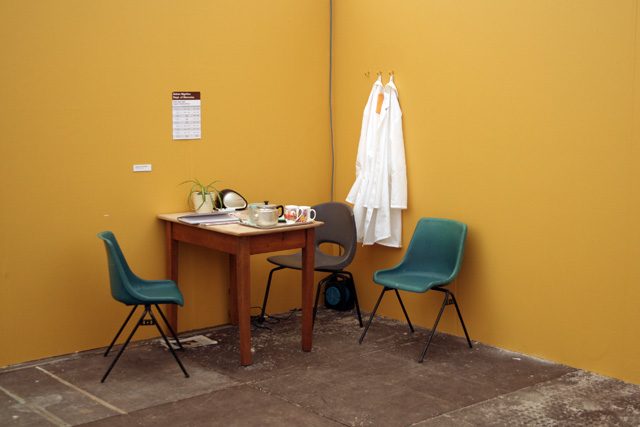 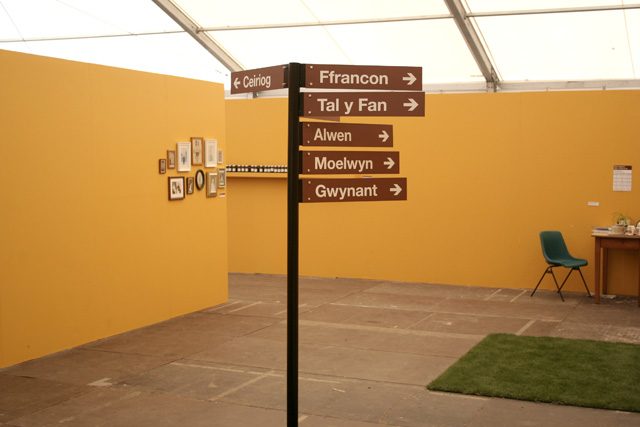 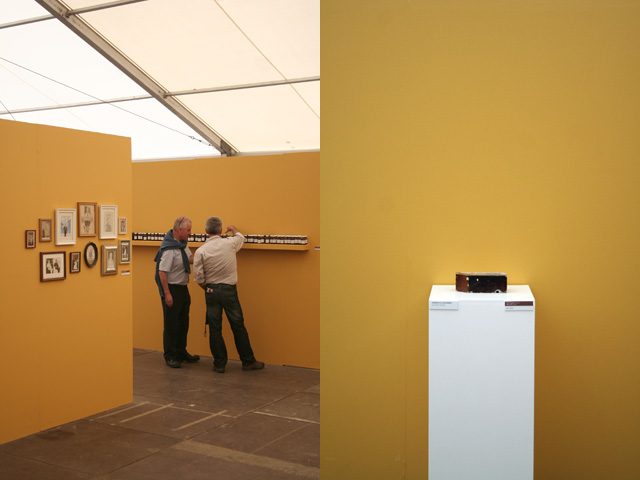 A Nurses’ Life
Photographs of the nurses’ quarters as they are now, all nominally the same, but all now fascinatingly different, from the type of wallpaper, the state of the wallpaper, the lampshades and windows to the decay and invasion of ivy. Each photograph is accompanied by a short vignette, based on real events.

All There
A signpost using the visual language of hospital wards. Each ward name points to the site of the real location after which it was named. Wards were originally given alphanumerical titles. M for Male, F for Female, numbers increasing according to their location on site. It was eventually decided to rename them in a more dignified and humane manner.

Dept. of Memories
A walk-in clinic hosted by Eilir and myself. Stories and memories of the hospital are gathered, printed on prescription labels and attached to medical bottles.

Untitled / Unmarked
Two large photographs of the unmarked mass graves. They are best viewed from a section of fake turf placed in front of them. Visitors were fascinatingly reluctant to stand on the turf, as if they would have been desecrating it.

Look to the Rock From Which You Were Hewn
Two large photographs of the quarry from which the hospital’s stone blocks were extracted in the 19th century.

Occupational Therapy
A large suspended mass of coal, bath plugs and scouring pads. Patients would work on menial tasks under the pretext of occupational therapy, the idea being that focus on repetitive work would calm them / prevent them getting into trouble. These tasks included fitting plugs onto chains, breaking large pieces of coal into smaller pieces (for use in the on-site furnaces) and making small scouring pads from large bundles of wire wool. Underneath the suspension are a number of loudspeakers, from which unintelligible Welsh-language whispering can just be heard.

Main Hall (detail)
A single glazed brick scavenged from the rubble of the hospital site.

Displacements
A large hand-drawn pin-map of north Wales showing the birthplace of each patient and each member of staff according to the census of 1911, held in Denbighshire Archives.

Fragments
Silent video loop of archive footage of the hospital and hospital life, processed in a way that hints at confusion between reality and non-reality.

An Englishman’s home is his castle
An uncompletable jigsaw – the final three pieces are from a different set. This, and the following piece, Outsiders, are about Welsh-speaking patients being sent to English-speaking asylums, and their inability to fit in, to understand or to be understood.

Outsiders
A child’s shape sorting box where one of the pieces is the wrong shape to go through any of the holes.